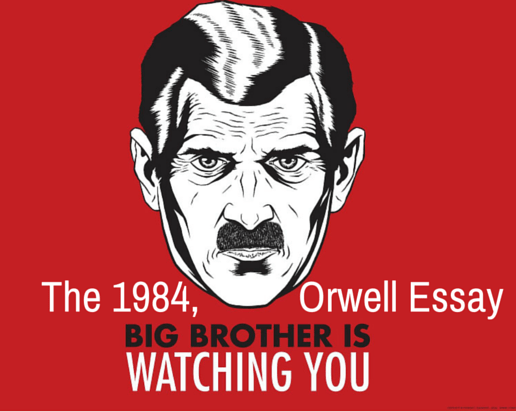 When the year 1984 arrived, people in the Western world revised discussion of Orwell’s 1984, primarily being amused about the things he predicted that would occur by that year but which, of course, had not. Still, Orwell was not incorrect in many of the things he predicted – surveillance cameras, the use of technology to “spy” on people, etc., except those things did not arrive until the end of the 20th and beginning of the 21st century. So, his predictions were not too far off – just his timing.

Orwell was a writer who was profoundly concerned about the horrors of totalitarian governments. He wrote during a time when Stalin was the Communist leader in Russia and Franco,the Fascist dictator of Spain. He was extremely worried about the threat that the world faced from totalitarianism, and at least two of his novels reflected that – Animal Farm and 1984. Any book summary on 1984 or essays that you might write, therefore, will of necessity deal with totalitarianism in some facet.

Essay topics dealing with the themes of 1984 all relate in some way to the dangers of a totalitarian government that has the power to control every aspect of its citizens’ lives – thought, speech, and activity. Here are some potential topics for 1984 essays related to those themes.

It is clear that Orwell was truly fearful of what a future Western world would look like and wanted to warn citizens of democratic countries about these possibilities. Is book is a classic because we continue to compare the Oceania political regime and its practices with current practices of governments today.

It is a complicated theme, indeed. For whatever reason, if you are struggling with developing the right topic for your essay, as it may be that the political novels are not of your interest, or if you can't come up with the best topic that suits you - writing an essay on 1984 with Essay Penguins is always a good idea.